Create an Account - Increase your productivity, customize your experience, and engage in information you care about.

Monroe's transportation infrastructure focuses on regional connectivity and planning for future growth.  With an exit directly on I-75 (Exit 29) and two state routes within the City's boundaries (SR 4 running north-south and SR 63 running east-west), moving passenger cars and trucks efficiently and safely is a priority.

Monroe's exit is a Single Point Urban Interchange (SPUI) that is designed to quickly move a large number of vehicles through one traffic light that controls the entire interchange.  The design also also allows for a continuous right turn off of the interstate onto SR 63 from all directions.

Butler County RTA's "R1" line serves Salzman Road through the bus stop at the Kohl's e-Commerce Fulfillment Center.  The route runs on an hourly basis throughout the year and connects at various places with Butler County RTA's other bus lines that access Fairfield, Oxford, and Tri-County.

The industrial area surrounding the interchange (Park North at Monroe) is served by Butler County RTA's "WorkLink/R7" bus service.  This shuttle connects the Greater Dayton RTA system with Cincinnati's SORTA system to provide efficient bus service to our businesses from Monday through Saturday for all three shifts. 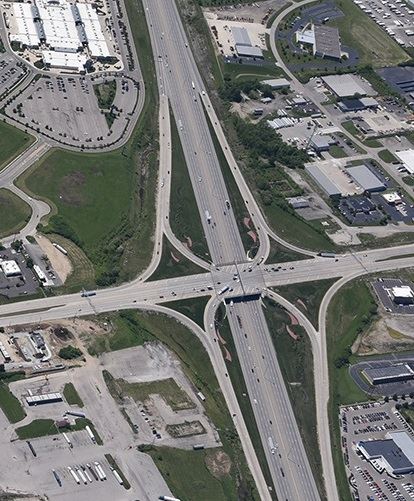